Are Ionic Air Purifiers (Ionizers) Safe or Bad for Your Health?

We’ve all been in that situation: you’re sick, allergies are wrong, and you need to breathe cleaner air. That’s where ionic air purifiers come into play. Some people swear by them to combat their symptoms, but others believe these devices can actually make your health worse.

Let’s look at both sides of the issue and figure out what is going on when we use an ionizer-based purifier.

How do Ionic Air Purifiers work?

Ionic air purifiers (also called ionizers) are plugged into an electric outlet, emitting ions that attach to particles in the air. The particles become charged and stick to surfaces in the room, like walls, ceilings, and floors. Ion generators also create ozone while they are in operation and may release other pollutants into the air as well.

Ionizers have been used for years to help improve indoor air quality by removing odors from homes or cars; however, there are some side effects that you should be aware of before purchasing one of these machines for your home or office space.

Ionizers operate by emitting positive and negative ions into the air. The ions attach themselves to dust particles, pollen, mold spores, and other contaminants floating around the room. These particles stick together and fall out of the air onto surfaces such as walls and floors. While ionizers can effectively remove airborne pollutants from your home or office, they were never meant to replace an HVAC or filtration system.

Ionizers also release ozone during operation, irritating your lungs and mucous membranes. This can lead to coughing, wheezing, and a scratchy throat. If you have asthma or other respiratory conditions, you should not use an ionizer unless directed by your doctor.

Are Ionic Air Purifiers Safe or Bad for Your Health?

Ionic air purifiers, also known as ionizers, are an appliance that uses static electricity to filter the air. Air ionizers were popular in the 1970s but have since fallen out of favor. Research has shown that they may cause more harm than good.

The Health Effects of Air Ionizing Devices: A Review and Recommendations for New Standards by the California Department of Public Health states:

“Ionizing devices can produce ozone and other toxic substances that present health risks for humans at levels previously thought safe… The current evidence indicates that long-term exposure to low concentrations (below 100 ppb) of these [toxic] compounds could lead to serious respiratory problems such as asthma, chronic obstructive pulmonary disease (COPD), or lung cancer.”

Studies have found an association between the use of air ionizers and eye irritation; headaches; nausea; dryness or tearing eyes; dizziness; skin reactions like rashes, and burning sensations on exposed areas such as the face or arms from direct contact with metal parts inside the unit; fatigue after working near one for a period time without goggles/respirator mask; and respiratory problems.

How to measure ozone level?

The only way to be sure you’re not breathing too much ozone is to measure it with a high-quality indoor air monitor. I recommend using one that measures both parts per million and percentage, as each gas has different toxicity levels at different concentrations.

The best monitors also have a 0-100 scale, so you can see precisely what your ozone level is compared to what an outdoor environment would look like.

The most reliable testing device is called an ion gauge, and it can be found online or at home improvement stores like Lowes or Home Depot. A portable air purifier can also be used—to ensure it can measure ozone concentration levels in your home or office environment.

An ideal ozone alert level should be between zero and 50 parts per billion (ppb), which means you’ll want your ozone detector set somewhere between 6-12 ppm before taking any action against high levels of airborne pollution indoors due to an HVAC system malfunctioning outside of those parameters; if you see numbers higher than this limit range then definitely take steps now!

Are air purifiers with ionizers safe?

While they can effectively remove volatile organic compounds (VOCs), they are unsafe. If you have been diagnosed with asthma, allergies, or other respiratory conditions, avoid using an air purifier with an ionizer.

Because of their design, these machines release ozone into the air, which may cause symptoms such as chest pain, coughing, shortness of breath, and throat irritation.

If you have asthma or other respiratory problems, avoid using an air purifier with an ionizer.

What happens if you breathe in ionized air?

The short answer is that breathing in ionized air can irritate your lungs and cause chest pain, coughing, shortness of breath, and throat irritation.

Ozone can also worsen chronic respiratory diseases such as asthma and compromise the ability of your body to fight off respiratory infections.

The effects of breathing in high levels of ionized air are similar to those of being around an electrical storm. When you breathe in ozone and ionized air, it irritates the lining of your lungs, causing coughing and chest pain. It can also make it more difficult for your body to absorb oxygen into its bloodstream.

Air ionizers are not recommended for asthma patients. The negative air ions produced by ionizers may irritate the lungs, causing chest pain, coughing, and shortness of breath. If you have respiratory problems such as asthma or chronic obstructive pulmonary disease (COPD), you should consult your doctor before using an air purifier with a built-in ionizer.

You should not use an air purifier with a built-in ionizer if you have respiratory problems. If you have asthma or COPD, talk to your doctor before using an ionizer. The negative ions produced by the device may aggravate symptoms of respiratory ailments and make breathing more difficult.

The most common symptoms people have reported.

Ionizing air purifiers aren’t recommended in your home due to their side effects. They can be dangerous to your health. Ionizers can irritate the lungs, throat, and chest. They may:

Being near an ionizer air purifier can sometimes worsen your asthma and make it more difficult to fight off respiratory infections.

If you have any of these symptoms, contact a doctor immediately:

Any air purifier can produce ozone at low levels. Suppose you use a portable air purifier that uses a chemical process rather than an electrostatic method to remove particles from the air (such as ionic or photocatalytic oxidation). In that case, you’ll be exposed to higher ozone levels than if you used another device.

Can you be in the room with an ionizer?

You can be in the same room with an ionizer. But, you should know how far away from it to avoid any adverse effects. The general rule is to stay at least 6 feet away from your air purifier when using it. If you have health conditions and are concerned about being around a HEPA or other air purifier, talk to your doctor before using one of these devices.

Are House Ionizing air purifiers the Same As Hospital-Grade Devices?

Air purifier manufacturers who use ionizer technology often claim their technology is safe because it’s used in hospitals. Still, hospital-grade devices cost tens of thousands of dollars, while typical negative ion generators cost just a few hundred dollars at most.

These two air purifiers do not use similar technologies and cannot be compared directly on safety grounds. 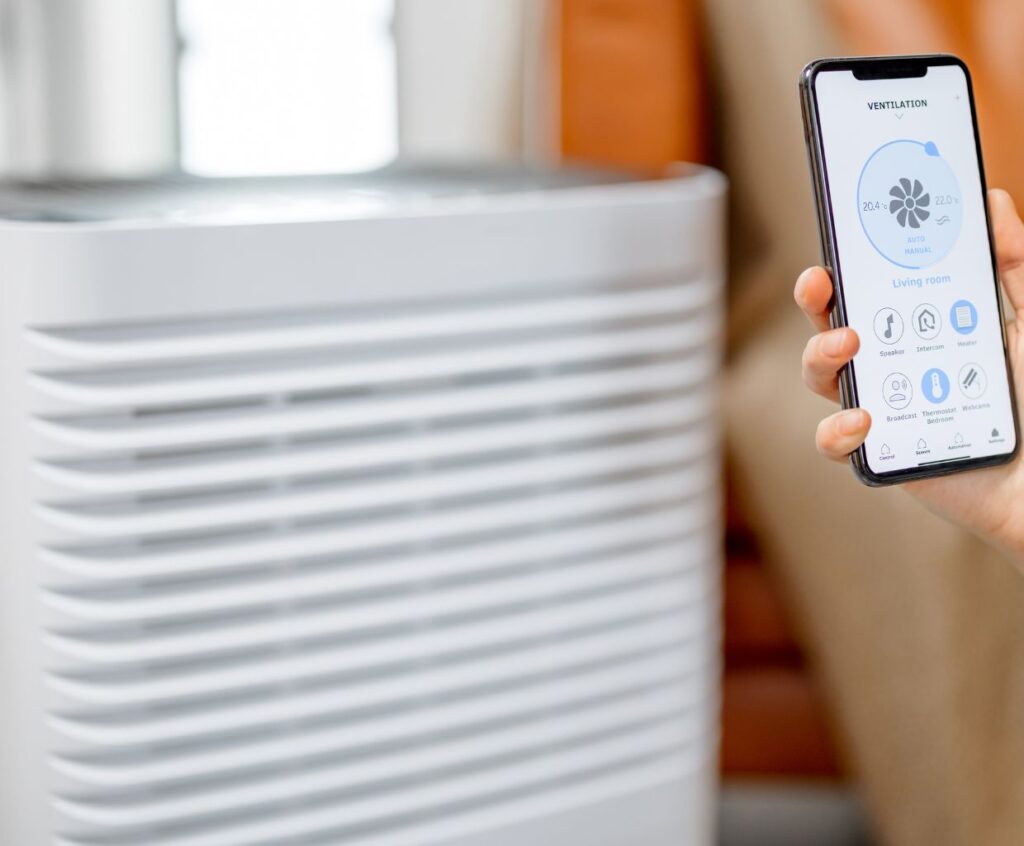 Discuss it with your doctor if you’re considering using an ionizer. They may recommend that you avoid these devices if they are known to cause respiratory problems in people with asthma or other breathing issues. Additionally, because some people report throat irritation after using an air purifier with a hostile ion setting (which generates extra negative ions), be aware that some 3rd party devices may also cause such side effects as nausea and headaches when used near one another for extended periods (such as during sleep).

It’s important to note that many air purifiers on the market do not use ionizing technology. These devices tend to be cheaper and more effective at removing allergens from the air, so you may want to consider one of those instead.

If you decide an ionizer is suitable for your needs, ensure it meets specific safety standards before purchasing one.

You can find out which meets these requirements by checking with Consumer Reports or searching online for “air purifier safety certification.” 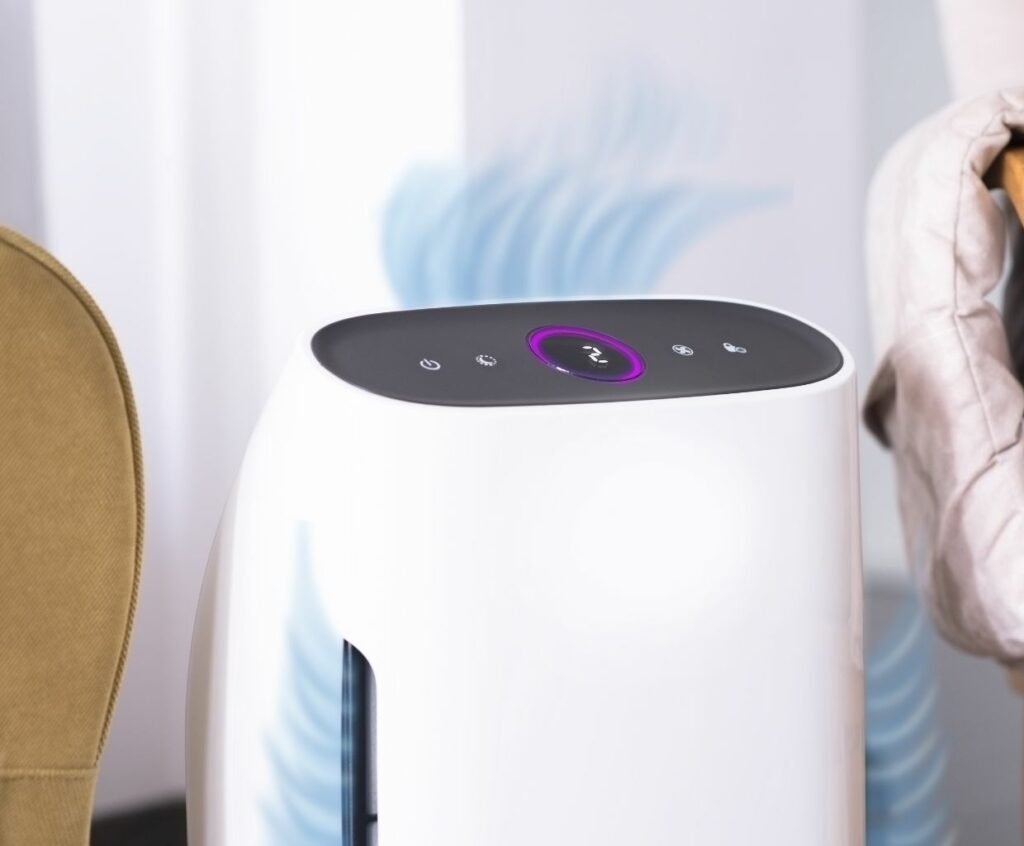 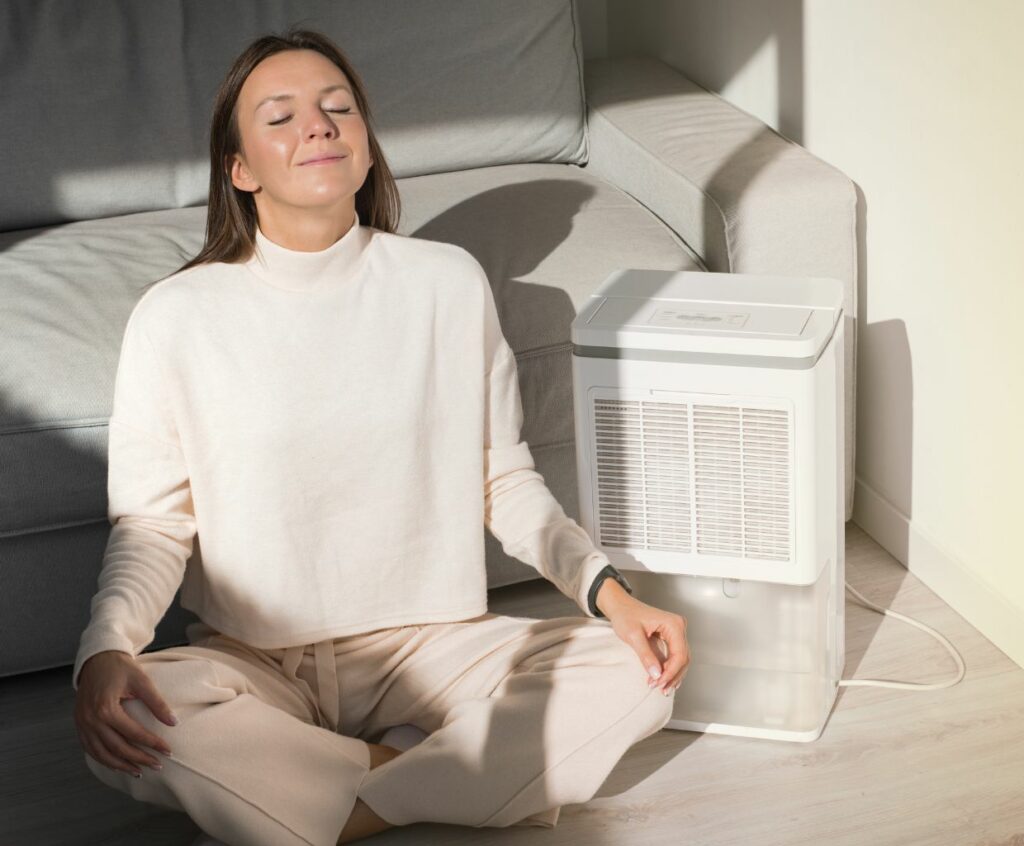 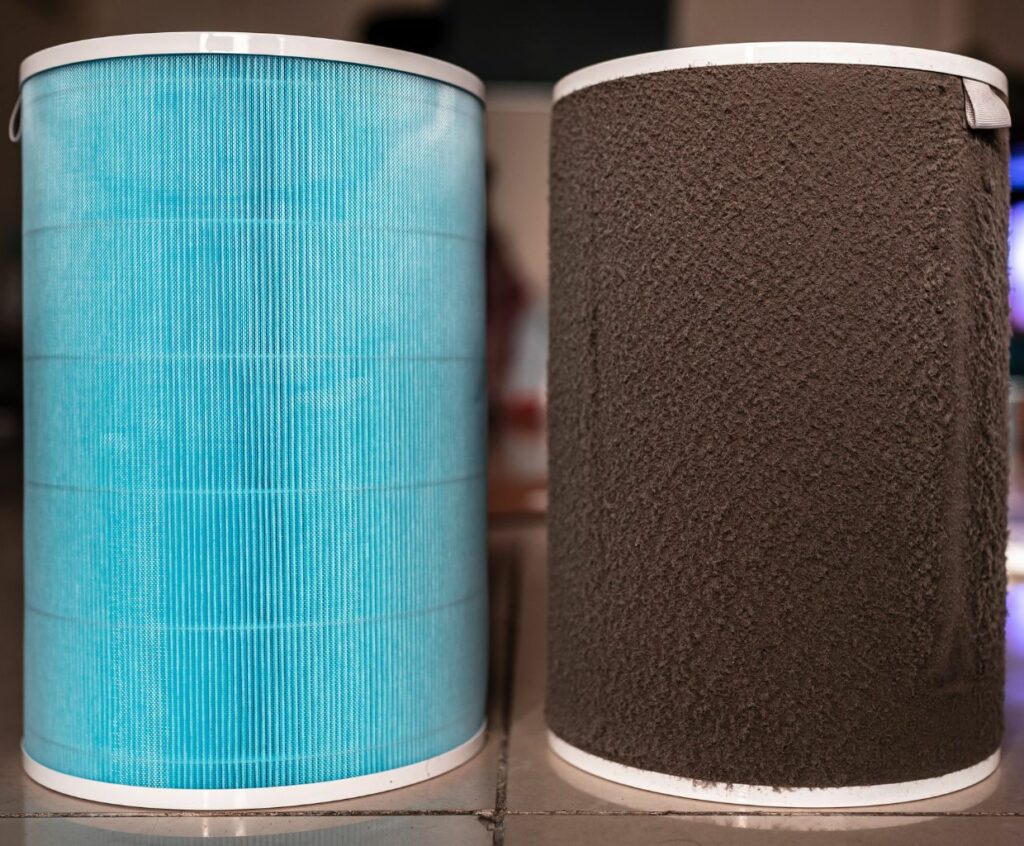